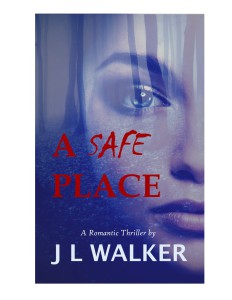 Alexa Knight is running for her life. After a meeting with the head of a large drug ring turns deadly, she flees the state to avoid retaliation from his organization. She changes her identity and seeks refuge from the drug lords and the law in a small cabin in the Upper Peninsula of Michigan.

Her attempt to build a new life quickly becomes plagued with remorse and paranoia as she struggles to break free from her dark past and the people who want her dead.

In her desperate search for safety, she finds herself in the arms of a man who can potentially save her…or put her behind bars.

(Teddy is a Pitbull mixed terrier that plays a important role in the story.)

I always love to hear from my readers. Please don't hesitate to contact me.

Recommend this page on: