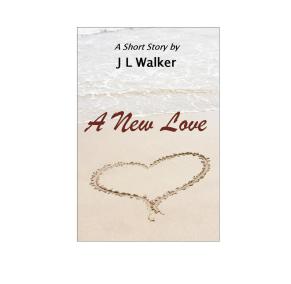 As I lie in bed with my eyes still closed listening to the rain tapping forcefully against the old tin roof of the cottage, I instinctively become consumed with an overwhelming feeling of gloom and anguish. The familiar sensation permeates my very soul, stemming from the heartbreaking morning almost five years ago when I woke up to find my dear husband, Frank, lying lifeless beside me. It was raining that day, and ever since, the patter of raindrops in the wee hours of the morning always thrusts me back in time to the heartbreaking moment when I shook him, sobbing uncontrollably while screaming, “Wake up, Frank! PLEASE, WAKE UP!”

As my level of consciousness slowly increases, I remind myself that today is different — this morning is different. I smile as I open my eyes and glance over to the other side of the bed. George is still sleeping peacefully, his back pressed firmly against my hip as he snores contently through the early morning thunderstorm.

We have our routine. I know he won’t wake up until I rub his back for at least five minutes. I feel peaceful as I go about my morning ritual, gently caressing his back, then massaging his neck and the back of his head covered with soft, dark hair laced with thin wisps of gray. Finally, he stirs and rolls over lazily, giving me that look — that look of undeniable love and adoration that never fails to make my heart flutter. I smile and hold his bristly face in my hands as I say softly, “Good morning, my love. Are you ready for some breakfast?”

Without uttering a word, he swiftly jumps out of bed and heads toward the kitchen, glancing back to make sure I’m not too far behind. I slowly climb out of bed, throw my robe on, and chuckle as I walk down the hall, knowing he’ll be in the kitchen anxiously awaiting my arrival. I walk over to him and hold him tightly for a moment, then tenderly kiss his cheek.

After eating breakfast together, we head out for our morning walk. The rain has subsided and as I look toward the blue sky, I see a beautiful rainbow arching from the glistening waters of the sea extending to the far edges of the snow-white beach ahead. The magnificent prisms of color are radiating yellows, blues, greens, and hues of violets and oranges. George glances over at me and gives me his adoring look as the light summer breeze gently flips up the hair on his head. He looks so sweet I can’t help but laugh, and I give him a quick wink acknowledging my undying love.

As we continue our leisurely stroll down the beach, I unexpectedly begin feeling nostalgic as the cool, damp sand nestles its way between my toes, just as it had the day we first met. It had been the anniversary of Frank’s death. One year after his passing, and I still hadn’t been able to feel joy, to feel happiness as I walked aimlessly down the desolate beach wondering how I would make it through the next hour, the next day, the rest of my life. I begin to shiver as recall the heaviness in my heart when I left the cottage early that morning. Oblivious to my surroundings and in a state of deep depression, I slowly began walking in a trancelike state directly toward the turbulent waters of the sea in hopes of meeting my demise amongst the ominous waves. It was as if I could actually hear them beckoning me to join in their sinister frolic.

Just before I reached the water’s edge, I casually glanced to my side and there he was, walking nimbly beside me. Our eyes met, and when I gazed into his deep brown eyes, I felt something I couldn’t quite define. It was something I had never felt before. George and I had an instant and life-altering connection. It was as if he understood my unspoken pain and loneliness. His eyes pleaded with me to follow him. Unable to decline his persuasive nature, I couldn’t help but turn around.

We continued walking down the beach for what seemed like hours. When we finally reached the cottage, my gloom and despair had subsided. He had convinced me, in his own mysterious way, that life was worth living – that I needed to continue my journey, no matter how arduous it may seem at times. I graciously invited him inside and offered to make him breakfast. He cheerfully accepted my invitation and followed me through the front door and into the enveloping warmth of my quaint cottage.

He stood quietly beside me in the kitchen watching my every move with a forlorn look on his handsome face as I whipped up some eggs and heated up the remaining sausage I had tucked away for the following morning. I sensed he might have been hungrier than he had let on. By the manner in which he swiftly devoured the food I had placed before him, I knew I was correct in my assumption. The grateful expression on his face told me he hadn’t eaten a breakfast that good in a long time!

After he had cleaned his plate, we watched TV together. Later that afternoon, he brought me my favorite book of poetry. I began reading to him and was delighted to discover that he enjoyed the poems almost as much as I did! At least, until he fell fast asleep, his chin resting on his arm as he listened to me chanting Ralph Waldo Emerson’s “Ode To Beauty.” I quietly closed the book and watched him as he napped peacefully while the gentle wind wrestled with the curtains, billowing gracefully above his head like a halo.

When the afternoon suddenly became evening, I began wondering if he had anywhere else he needed to be, but I was honestly too afraid to investigate that possibility. I knew I was being dreadfully selfish, but in the span of one day, he had captured my heart in such a tender way I couldn’t bear the thought of losing him. What if our paths never crossed again?

Having shown no indication that he wanted to leave, I was delighted when George accepted my dinner invitation. Throughout supper, I rambled on about Frank and the amazing life we had shared. He listened attentively, and I sensed he had felt all of my emotions as I exposed my heart and soul to him. I hadn’t realized how unbearably lonely I had become, or how much it meant to me to finally have someone to talk to. I felt we understood each other in a unique way, and he seemed to accept me just the way I was.

When the sun began to set that evening, we sat by the shore, both soaking in the tranquility of the sun majestically sinking into the seemingly infinite waters of the sea. When the darkness had consumed the last bit of daylight, we returned to the cottage, exhausted and unwilling to let go of the day, fearful of losing each other in the abyss of our daily lives.

I have to admit, it was very out of character for me to invite him to spend the night; but, I felt safe with him there — safer than I had felt since my dear Frank’s departure. After putting on my favorite pair of pajamas, I pensively climbed into bed, slowly pulling the covers over me as I welcomed him to join me. I watched his expression carefully, wondering what he thought of me. Did he think I was crazy? Was he falling head over heels in love with me, just as I knew I was falling hopelessly in love with him? If he stayed the night, would he still be beside me in the morning? I couldn’t bring myself to ask, knowing he probably wouldn’t answer anyway.

I smiled when he finally climbed onto the bed, scrupulously watching my expressions as if trying to guage my emotions. I rolled onto my side to face him, feeling content as he looked into my eyes — into the very depth of my soul.

When we were both yawning and our eyelids were bearing the weight of the day, I reached up and turned off the light on the nightstand. Feeling the warmth of his body beside me, I quickly fell asleep dreaming of the amazing day I had spent with him, and wondering what the next day might bring.

I woke up the next morning and smiled when I felt him still lying next to me. I chuckled quietly, his soft snoring reminiscent of the sound I had woken up to throughout the forty-five years I had been married to Frank. George stayed that day, and the next. As the days turned into years, we became inseparable.

George saved me. Now, when I’m feeling sad, he senses it and cheers me up with his playful nature. When I’m feeling lazy, he convinces me to take a walk on the beach with him or go for a swim in the ocean. He appreciates the smallest and simplest of life’s pleasures; the warmth of the morning sun, the waves lapping gracefully against the shore, the warm summer breeze, and even an occasional romantic moonlight stroll. He demands nothing from me in return but love, but most of all, he has taught me to live in the moment — to appreciate every second of each day to its absolute fullest.

After four wonderful years, we’re still together and I love him so much more than I did on that glorious day when fate brought us together. I guess I never actually believed in love at first sight, but I am now convinced it really does exist. If you’re extremely lucky, as I have been, maybe even twice.

I’ve come to realize in my old age that as you look back at the paths that make up your life’s journeys, it’s nice to see that an extra set of footprints have walked beside you every step of the way. Even if they are the imprints of four furry paws!

I always love to hear from my readers. Please don't hesitate to contact me.

Recommend this page on: